We all know Glen Campbell’s classic song “Rhinestone Cowboy.” Or, er, at least us geezers do (fun fact: I’m 23). The song is beloved and when Campbell passed away, it was his legacy. I was not alive when the song was released in 1975, but I imagine it had its fans. Oh no, it must have. It must have had many fans. It must have had so many fans that they felt that one “Rhinestone Cowboy” just simply wasn’t enough. It’s one thing to hear the song, but it’s another thing to see it, reimagined, on the big screen. The movie event that I’m sure everyone fled to see… 9 years after the song’s release: Rhinestone.

Now, I hope that you can detect the sarcasm in my voice. Because chances are you did not know that there was a cinematic adaptation of “Rhinestone Cowboy,” and you’re probably asking yourselves… well, I know what you’re asking yourself, and yes, it is unfortunately real.

I have been looking for a reason to write about this trainwreck for a long time, and alas, my opportunity has arrived. Why? It’s not because the movie is by any means interesting. Rather, its existence is one that I find really fascinating. I know that we live in an age where they remake popular titles because… money. Yet who would’ve thought that in the 1980s, they would be this desperate for any idea? For laughs? For… just desperate. Who, in their right mind, thought that “Rhinestone Cowboy: The Movie” would suffice as a quality idea?

Bob Clark, that’s who. A filmmaker of… let’s just say, interesting choices. From A Christmas Story to… Black Christmas? To… Porky’s…? To… this… 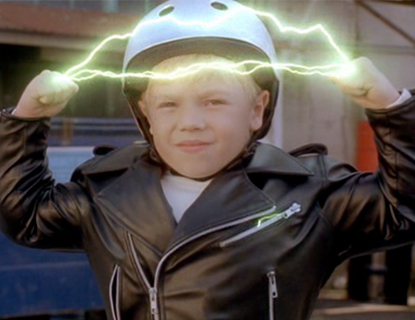 Rhinestone is also a particularly bizarre movie because of its cast, and what they are put through here. The pairing of Sylvester Stallone and Dolly Parton is also, again, very random. In particular, I am of course talking about the man of the hour, Stallone, who apparently co-wrote this 10 megaton bomb. Which also means that Stallone probably forced himself into singing and riding a horse in a glittery cowboy outfit… yes, that happens.

So, what is the plotline of this incredibly essential cinematic experience? Well, allow me. The film opens with a super catchy Parton ditty called “Tennessee Homesick Blues,” and I’m not gonna lie, it peaked my interest. In the back of my mind, I sang to myself, “DOLLY! DOLLY! DOLLY! DOLLLL-YYYYYY! I’M BEGGIN’ OF YOU! PLEASE RESCUE THIS TRAVESTY!” But the high that Parton’s music can provide, alas, fades shortly after. I will admit that the soundtrack here has some decent numbers, but… more on that in a bit.

Parton plays Jake Farris (hmm, okay), a country music star (big stretch) who, upon an argument, places a bet that she can turn the next person she comes across into a singer. Enter Stallone’s Nick, a cab driver who, of course, knows nothing about singing. Yet Jake will be damned if she doesn’t win this bet, so she tries, somewhat rigorously, to teach Nick how to sing.

Now, the idea of Stallone singing, in retrospect, could be funny. Here’s the problem though: this material never takes liftoff. There are funny ideas here, but none of them really get off the ground. Rhinestone isn’t as bad as it is dull, and thus, if it were laughably bad, that would be one thing. It isn’t laughable… in general though, so it just sort of exists as some sort of bland experiment that a group of talented people thought might work.

I love Parton. She can light up any room, and just about any movie. She’s a delightful soul, and a good chunk of her songs here do work. However, it’s hard to look past the songwriting when the songs are being sung deliberately bad. I get that that is the joke, and it isn’t quite the reason why Stallone’s performance doesn’t work… but Stallone’s performance doesn’t work. I love the guy, really, but his performance here is pretty terrible. It feels both overworked and lazy, kind of like part of the way through he knew that this project was DOA. He really tries to keep it afloat, and it really shows. Stallone can be funny, and he can be charming, but everything he tries here rings painfully false. I admit that the Golden Raspberry Awards (otherwise known as the Razzies) have been particularly harsh to him over the years, but in his first Razzie nominated performance (he won too), I cannot fight them on it.

There’s a chance people probably do not know of this film’s existence. Probably a good thing, for the actor’s sake. At the end of the day, the only thing to take away from Rhinestone, despite a few songs, is the image of Stallone in that glittery cowboy outfit. If Comedy Central ever hosts a Stallone Roast, that image alone should be the punchline of many jokes.

One response to “Stallone Saturdays: Rhinestone (1984)”