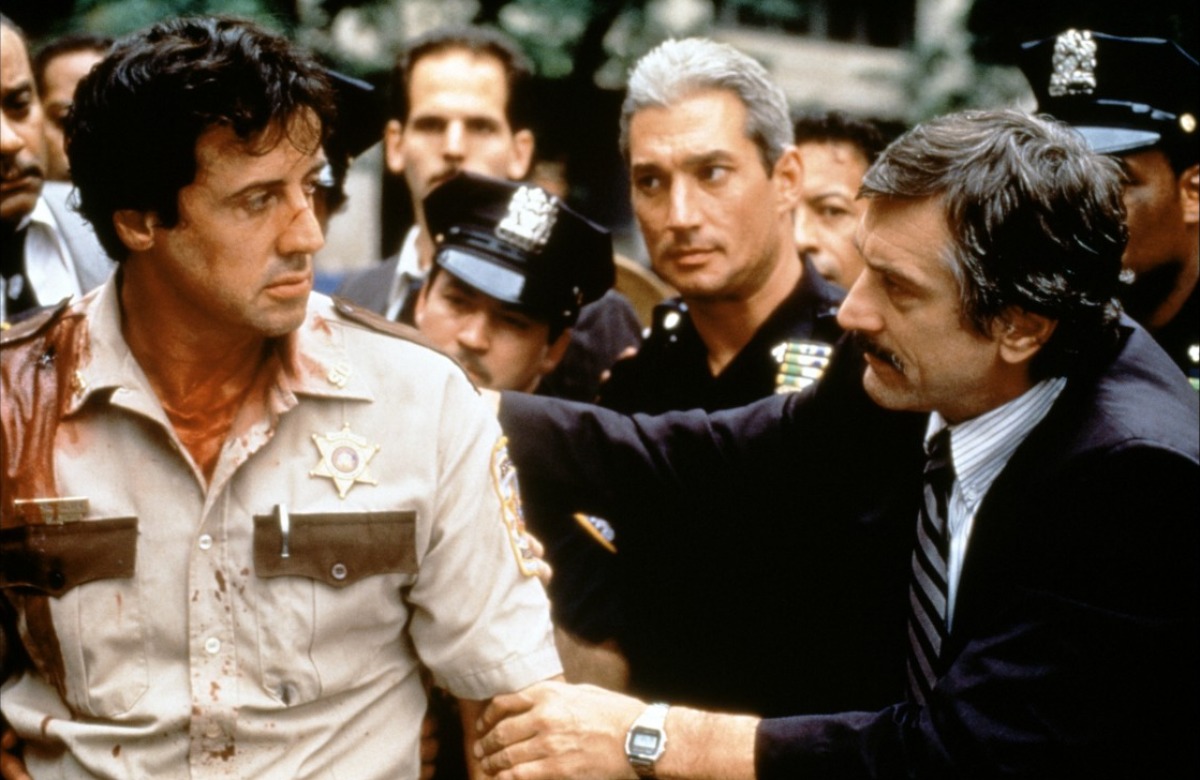 I used to consistently write movie reviews on an Instagram account named Movies4life17. Like many things in my life though, I lost interest in it (do not be surprised if my interest in this account soon vanishes too). With that account, the reviews tended to be of new releases, especially in recent memory, but there was always an itch to write about other movies. Movies that people never usually talked about. That being said, if there wasn’t a sense of readership, then chances are the review wouldn’t get posted. Some of the movies that have been discussed on this account have been reviewed on the previous account. Cop Land is a film that I wish I had had the pleasure to review before. Since I didn’t though, here I am now making up for lost times.

Sylvester Stallone is a better actor than people give him credit for. That being said, movies like Stop! Or My Mom Will Shoot do not help sell my case. Even an enjoyable action movie probably wouldn’t sell you. Cop Land manages to be a rare case for Stallone. It’s a film that, on paper, very much sounds like it should be a Stallone movie. On screen though, it is something much more mature and darker, and it ultimately results in one of Stallone’s best performances. Showing us that, despite his missteps, the guy is actually a good actor.

Here Stallone plays Freddy Heflin, a sheriff in a small New Jersey suburban community. Heflin is also, believe it or not, one of the few good people involved in the story. Police officers have long been his idols, and he has always longed to be one. Alas, he is slightly deaf in one ear, so he was unable to pass the physical to become a police officer, but due to his good nature, the town elects him the sheriff. This town is also on the outskirts of New York City, and is home to many NYPD cops. Robert De Niro plays an internal affairs investigator who is leading an investigation involving a gang of crooked cops who may or may not be using the town as a front for mob connections. Heflin joins him in the investigation, and is soon shown the bitter reality of who his friends and idols really are.

The cast here, which also includes Harvey Keitel, Ray Liotta, Janeane Garofalo, Robert Patrick, Michael Rappaport, Annabella Sciorra, Cathy Moriarty, and Edie Falco, is great, and each get their moments to shine. This is an ensemble piece, with Stallone, believe it or not, leading the charge in a performance that feels very restrained, but also effective. Stallone can be used in a number of ways. It depends on the material.

Here, the material happens to be, in my opinion, really good. Cop Land may cover ground that particularly new, but in this case, it all rests upon the way in which it is presented. The film is richly entertaining and suspenseful, and not to mention, for a film like this it’s also really well crafted. That probably has something to do with the man behind the camera. That man being director James Mangold. Mangold directed Oscar winning performances for both Reese Witherspoon and Angelina Jolie in Walk the Line and Girl, Interrupted. He also directed the recent Best Picture nominee and Oscar winner Ford v. Ferrari, along with Logan, which was the first comic book film in history to receive an Oscar nomination for screenplay. He is a vastly underrated talent, but a huge talent nonetheless. Cop Land was only his second movie (he wrote the screenplay too), and he somehow managed to nab a cast of this magnitude.

Not to mention, he managed to write a role for Stallone that is more than worthwhile. A good chunk of these films, there’s a good chance that he sleepwalked through them. With Cop Land, he is actually given a chance to properly act, and needless to say, it’s very good.